Two very different timelines; two women who share a history and a dark secret. Can they save each other now the time has come to reveal it?

One winter morning in Germany in early 1945, Detta passes a group of exhausted British prisoners of war who are being force-marched westwards. One man catches her eye and she cannot forget him. The following day she receives an urgent message to contact the local priest: he needs her help.

Miranda is a photography student in Berlin in 1989 as the Wall falls. Trapped in an abusive relationship, her one hope for escape is an old postcard of the village her grandmother, Detta, was born in. As Miranda flees through the rubble of the Berlin wall and into the East, she begins to suspect she’s being followed by the Stasi. 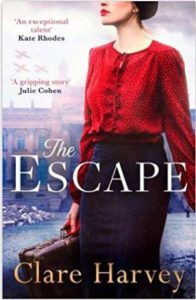 Love and loss, secrets and danger.

World-renowned war artist Dame Laura Knight is commissioned to paint propaganda portraits of factory girls. She’s sent to the ordnance factories in her hometown of Nottingham. At first she relishes the opportunity for a nostalgia trip, but when she starts work on a portrait of two particular women (Violet Smith, and her co-worker Zelah Fitzlord), memories begin to resurface that she has spent half a lifetime trying to forget.

Violet is an industrial conscript, and her wages help support a sprawling family back home in Kent. But working in munitions also meant freedom from a small-town mentality, and the disappointment of a first love turned sour. For Zelah, too, working in the gun factory meant escape: her dreams of the future were dashed in the carnage of the Plymouth Blitz, and she found refuge in the numbing repetition of manual work.

But, just like war artist Laura, Violet and Zelah have something hidden, mistakes that they have tried to leave behind with their old selves.

Will the night shift keep these women’s secrets, or will the past explode into the present and change all of their lives forever? 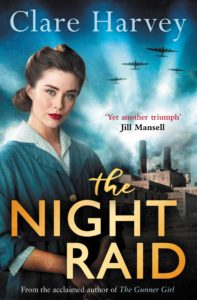 How far will two women go to survive a war?

Having suffered a traumatic experience in the Blitz, Edie feels utterly disillusioned with life in wartime London. The chance to work with the Secret Operations Executive (SOE), helping the Resistance in Paris, offers a fresh start. Codenamed ‘Yvette’ she’s parachuted into France and met by two other members of her SOE cell. But who can she trust?

Back in London, Vera desperately needs to gain UK citizenship to erase the secrets of her past. Working in the foreign office in charge of agents presents an opportunity for blackmail. But when she loses contact with one of her agents, codenamed Yvette, her loyalties are torn. 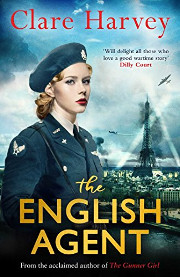 Meet Bea, who has grown up as part of a boisterous working-class family, but is keeping a secret that sends her away from those she holds most precious. How can she regain the life she craves?

Meet Edie, who inhabits a world of wealth and privilege but wants to do her bit for King and country, just like Winston Churchill’s daughter, Mary. Desperate to escape her gilded childhood cage, will she discover that freedom holds danger?

And meet Joan, who can’t remember anything of her past or family, and whose home has been bombed out. Desperate, she needs a refuge. But will her past come back to haunt her?

Each one is about to become a Gunner Girl, and their lives will be changed forever. 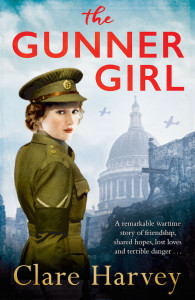 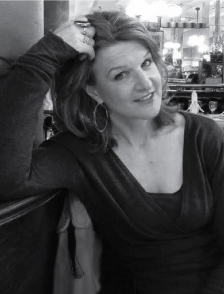 Clare HarveyMonday, January 25th, 2021 at 9:29am
Furry intern struggling to get the week off to a good start...hope you're feeling slightly more chipper than him!

Clare HarveySaturday, January 23rd, 2021 at 3:12pm
Long shadows, winter sun, good to get some headspace. Anyone else found a gap in the clouds?

Clare HarveyFriday, January 22nd, 2021 at 3:12pm
Realised I was missing a critical scene, and just found a perfect inspiration picture - thanks to @manuelmeurisse 🙂